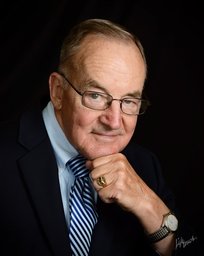 Author J. J. Zerr
J. J. Zerr was born in St. Peters, Missouri, and graduated from Duchesne High School. In 1959, he began a thirty-six year career in the Navy, during which he completed two tours on destroyers. After joining the aviation community, he flew 320 combat missions over Vietnam. Across his Navy career, he accumulated 1017 carrier landings. Following the service, he worked in the aerospace industry for eleven years. He began his third career with the publication of The Ensign Locker in September 2010.
His degrees include a BS, electrical engineering from Purdue University, and a MS, aeronautical engineering from the US Navy Postgraduate School.
​He and his wife Karen reside in Missouri.