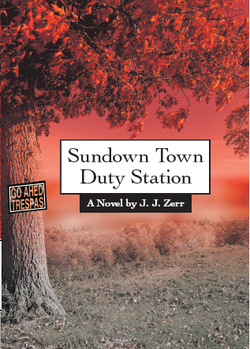 Jon Zachery was disgusted with his generation. Most of them burned bras and draft cards and militated furiously and mindlessly against anything “establishment.” Because of them, Jon volunteered to be a Navy pilot. It was his patriotic duty.

In March of 1968, Jon and his family moved to Meridian, Mississippi, where student aviators received basic jet training. At church on their first Sunday in town, Jon and his wife Teresa stepped into the middle of a KKK campaign to intimidate civil rights sympathizers. That Sunday night, Klansmen nailed a threat to the door of Zachery’s house. Navy authorities were convinced that the local police would protect Zachery’s family.

Jon’s pursuit of a flying career did not go smoothly. He had run-ins with an antagonistic flight instructor named Refly and an encounter with anti-war protestors that turned into a public affairs disaster. In the meantime, Klansmen escalated the violence in their campaign against civil rights agitators. They hadn’t forgotten Jon, either and attacked the Zachery home. Police, and Jon, killed three of the four attackers.

The surviving Klansman was wounded by Jon, wanted revenge and followed him to his next phase of training in Pensacola for a final confrontation.

Cuts to the heart of social upheaval and civil rights movement of the sixties...

"Sundown Town Duty Station is not just a great military tale, it cuts to the heart of social upheaval and civil rights movements of the sixties. The protaganist is a heroic figure without being inflated and comic book super hero. He is a family man who believes in honest values and protects his family in a dangerous environment. A ripping good story. It was right up my alley."


Engrossing, historically informative, and thought provoking...with just the right amount of silliness.
"This book is a great read, characters you get really wrapped up in, emotions flying, fists flying, and pilots flying! Seriously, this book has the range. I imagine military and history buffs and regular average ladies wanting to dive a little deeper into the male psyches alike will enjoy it. Engrossing, historically informative, and thought provoking....with just the right amount of silliness."
I'm not finished yet, and I don't think I'm ready for it to end.
Order Now!