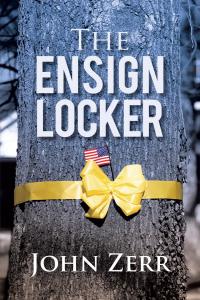 In 1966, the destroyer USS Manfred  is bound for Vietnam. For junior ensign Jon Zachery, life is simple. He wants the American dream for his wife and for himself, and the Navy is just the first step along the way. After the ship enters the combat zone, however, Zachery lands in hot water with his superior officers. At the same time, he begins to have troubles with his wife. He finds himself in challenging combat situations with the North Vietnamese and Viet Cong, but he is most distressed when he discovers that one of his roommates is rabidly anti-war. Following two months in the combat zone, the ship gets a new commanding officer—and a new set of problems face Zachery and his shipmates. At first, his new commanding officer distrusts only the five ensigns in the ensign locker, but eventually he begins to distrust the entire wardroom. What happens next has a huge affect on the entire crew—ultimately resulting in the ship returning home to San Diego. Now Zachery must face the anti-war sentiments at home, and it may be the last straw for him.

Reviews for The Ensign Locker

Naval Junior Ensign Jon Zachary, Two Buckets, can’t seem to get the hang of things aboard the USS Manfred bound for the war in Vietnam.  Odd man out, he has a hard time hanging on to his strong Catholic Faith, his wife and his temper.  When he gets a handle on one aspect of his life, another seems to fall apart.  Mixed ideals and reactions to the war in ‘Nam complicate his life on land and at sea even more.

Just as Two Buckets starts to make amends at home and a name for himself onboard, the ship gets a new Skipper who’s more interested in medals than honor, and things start spiraling out of control.

Jon Zerr’s unique conversational style of writing takes the reader through the protagonist’s life as if a stowaway inside John’s brain.

A dandy read and very accurate...

If you ever wondered what it was like to be on a "tin can" [destroyer], this is the book for you. A great story that made me wonder what next will happen to this guy, Jon Zachery, Ensign, USN. He starts off in trouble and as "George" [least senior Ensign] he seems like an unsat officer. Time and many adventures, he grows to be "Bull." You'll just have to read it to find out what "Bull" means and who was Two Buckets. As one who has been "George" and "in hack" and even "Bull," this is a dandy read and very accurate.